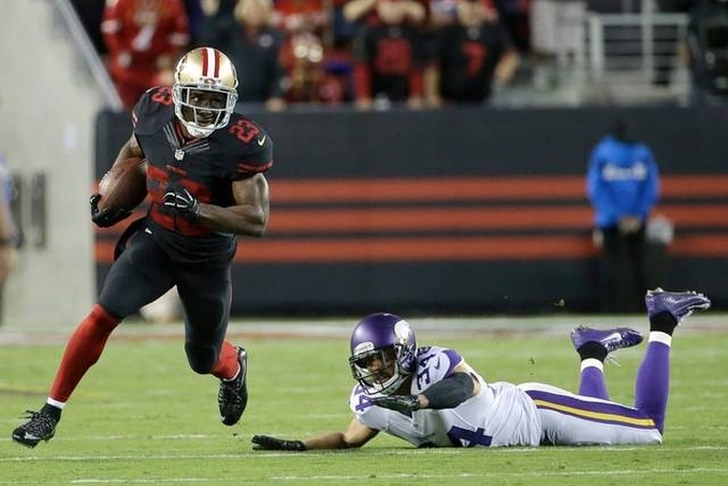 The Buffalo Bills are targeting free agent running back Reggie Bush and are expected to sign him, according to NFL Network's Ian Rapoport:

With RB Karlos Williams suspended 4 games, the #Bills have targeted Reggie Bush to fill his void. Bush is weighing his options, in no rush.

Buffalo currently will enter the season with LeSean McCoy as the starter and third-year back Mike Gillislee as the backup. Bush would be expected to take over the backup role and help in the return game.

Bush is recovering from a torn ACL he suffered for the San Francisco 49ers in Week 5 last season. He had a hugely reduced role with the 49ers even before the injury, getting just eight carries for 28 yards last season.