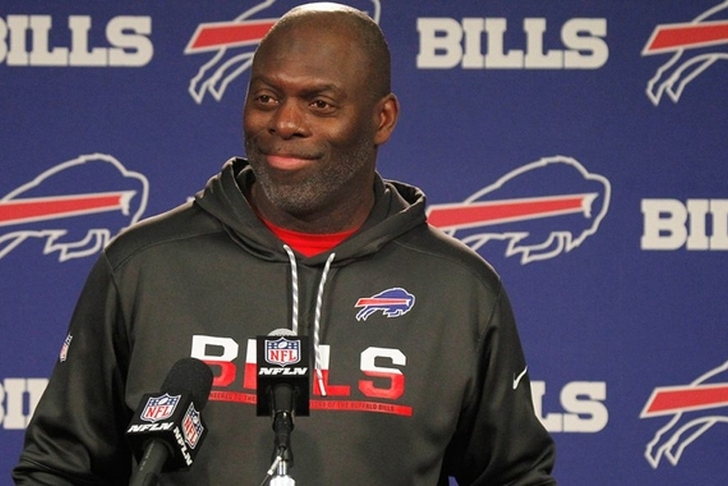 The Buffalo Bills fired head coach Rex Ryan after their Week 16 loss to the Dolphins. Ryan was 15-16 in nearly two seasons with the team, failing to reach the playoffs in either season. Owner Terry Pegula told Ryan before the season that if the Bills didn't make the playoffs this season, he would be fired - and he delivered on the promise.

The next head coach will be counted on to reach the postseason, and Buffalo is casting a wide net. Here's all the latest Bills coaching rumors you need to know:

Anthony's Lynn's "job to lose"
Lynn was promoted to offensive coordinator in Week 3 after the Bills fired Greg Roman, then was promoted again to interim head coach once Ryan was fired. Now, he seems in line to be promoted once again. According to Ian Rapoport of NFL Network, the job is Lynn's to lose:

Lynn already has the respect of the players, and several of the offensive guys - including LeSean McCoy - swear by him. Lynn is still largely unproven and this would a meteoric rise to head coach, but that connection with the locker room works in his favor.

Harold Goodwin the backup option?
The only other interview request that the Bills have confirmed making is for Arizona Cardinals offensive coordinator Harold Goodwin:

This would indicate that Goodwin is like Buffalo's backup option if they decide that Lynn isn't their guy.

The #Rams and #Bills are requesting permission to speak with #Dolphins DC Vance Joseph, sources say. #Chargers, too.