Arrest Warrant For LeSean McCoy Expected To Be Issued "Soon" 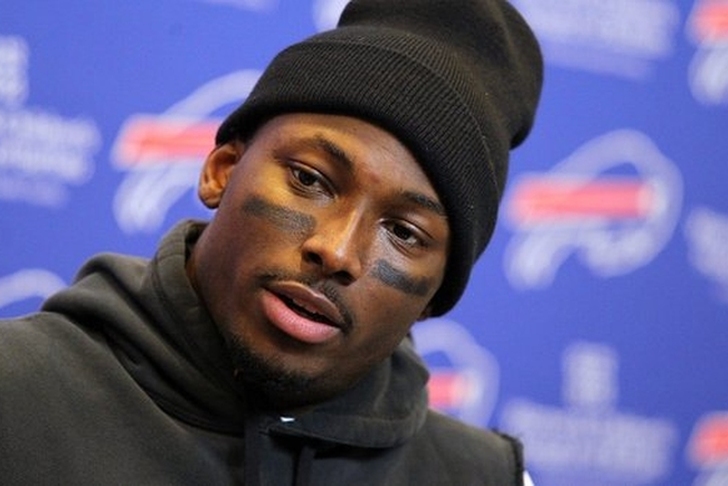 An arrest warrant for Buffalo Bills running back LeSean McCoy is expected to be issued soon as a result of assaulting two off-duty police officers at a Philadelphia bar at 2:45 am on Sunday morning, according to 6abc Philadelphia:

Police sources tell Action News that investigators have sent the results of their investigation to the District Attorney's Office and are recommending criminal charges, including aggravated assault.

Sources also tell Action News that the officers involved will not face charges.

Philadelphia police say that a fight (which you can see video of here) broke out between McCoy, three of this friends, and an off-duty police officer after one of McCoy's friends grabbed a bottle of champagne out of the officer's hands. An arguement ensued, then the officer was reportedly punched, kicked, and stomped on by McCoy and his three friends. A second off-duty police officer was injured while trying to break up the fight.

Both off-duty officers were admitted to the hospital afterwards. The first cop was diagnosed with a broken rib, broken nose, sprained thumb, and a laceration to his right eye. The second cop received stitches to a cut over his right eye.

The Buffalo Bills released this statement on Monday after news of the incident broke:

"We are aware of the reports regarding LeSean McCoy and are in the process of gathering more information. We will not provide any further comment at this time."

McCoy played for the Philadelphia Eagles from 2009-14 before being traded to the Bills last offseason.