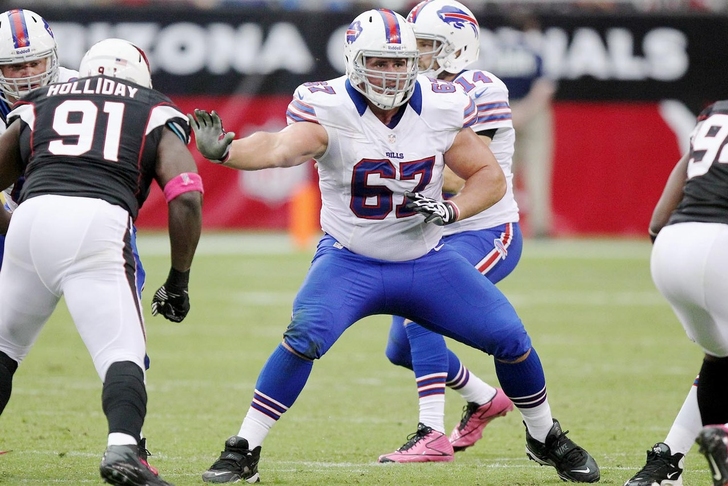 While it's true that skirmishes and fights are a part of the culture of NFL practices, they usually don't end with one player threatening to murder one of his teammates.

Per James Dator of SBNation.com, "the Buffalo Bills got a little hot under the collar following their morning practice when numerous players got into a brawl sparked by a goal-line drill."

Undrafted rookie defensive end Bryan Johnson remained engaged with Wood in a block for what Wood deemed to be an unnecessary amount of time. The veteran guard let Johnson have it verbally for his misstep, leading to Johnson ripping Wood's helmet off.

Per Matthew Fairburn of Syracuse.com, other players got involved (including Scott Chandler and Chris Williams), but Wood and Johnson were at the center of everything. Johnson landed two punches to Wood's head when Wood's helmet was off and Johnson's was on.

Here's a video of the fight, courtesy of ABC Buffalo's Shawn Stepner:

The Buffalo Bills and their players are attempting to spin this as one of those things that "just happen," but things take on a very different feel and complexity when murder is mentioned.

Want your Bills news on the go? Download our 5-star IPhone app and follow our Buffalo Bills team page today!