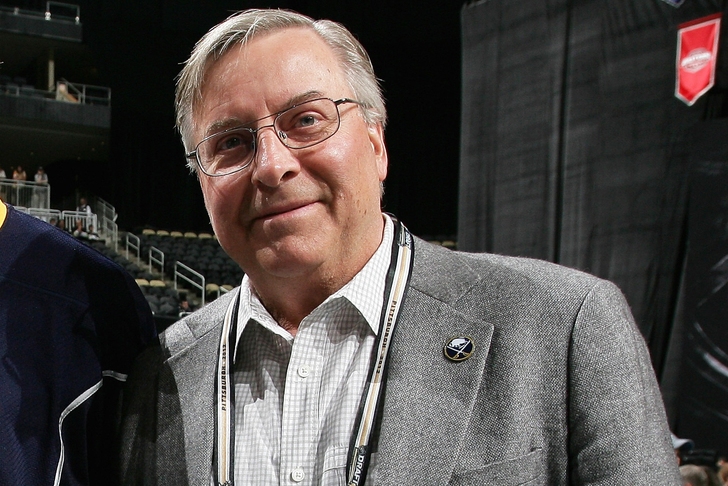 New Buffalo Bills CEO and owner, Terry Pegula, just as he predicted, didn't take very long to get emotional during his introductory press conference on Friday.

In fact, it took just 100 words for the current owner of the NHL's Buffalo Sabres to break down, remarking that he "knew this was going to happen again." He then continued with one of the most genuine messages to a fan base that you will ever see:

After symbolically handing control of the franchise to all of the Bills' most ardent supporters, Pegula also fought back tears when talking about the honor of following in late Buffalo Bills owner Ralph Wilson's footsteps.

Pegula also served to calm the fears of some fans who felt like the future of the team and the 'Buffalo Bills' nickname were in doubt.

“The name of our team will not change. It will stay the Buffalo Bills,” he said. “Owning any professional team is about winning and the primary goal of our ownership will be to win the Super Bowl and bring championships to the City of Buffalo and myself and my family will dedicate ourselves to that."

"We want to bring a Super Bowl to the Niagara region courtesy of your, our, my Buffalo Bills.”

Pegula's $1.4 billion bid to purchase the team was approved by the NFL's finance committee back in September.