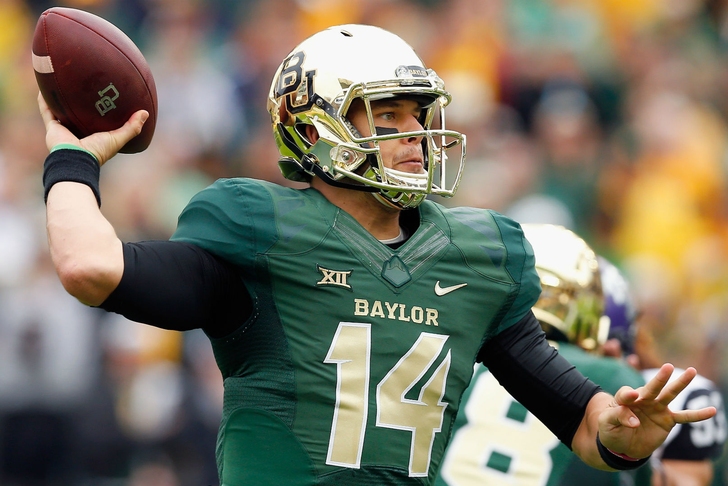 The Buffalo Bills are looking to build on last season’s 9-7 record and make the playoffs under new head coach Rex Ryan. Buffalo feels they’re only a player or two away from getting over that hump, and they are looking to draft players who can contribute immediately. Here are their top three positional needs they'll look to address in the draft:

It's clear that Buffalo desperately needs to find a capable quarterback with Kyle Orton's retirement and E.J. Manuel's lack of productivity, but there aren't many good options available on the free agency market.

Unfortunately for the Bills, they’re not at the top of the draft either, so they’ll miss out on Marcus Mariota and Jameis Winston. There’s a big drop off in the quarterback class after that, so they might wait until the second round (or later) to draft a QB. Baylor’s Bryce Petty or Oregon State’s Sean Mannion are the most likely options.

From there, the linebacking corps is in need of depth and help stopping the run. Bills linebackers were adept at dropping back and helping in coverage, and there’s a great mix of veteran and young talent ready to take the next step. Add in a blue-chip prospect, and Buffalo could post top-ten finishes in rushing and passing yards allowed next season – putting them in great shape in their question to make their way back to the NFL Playoffs.

If Buffalo takes a linebacker early, Clemson’s Vic Beasley (OLB) and Miami’s Denzel Perryman (ILB) are probably the two players with the best odds of helping right away. The Bills need to find a running back with C.J. Spiller entering free agency and Fred Jackson aging, and there are plenty of good, cheap options in the draft.. Buffalo could land Wisconsin's Melvin Gordon or Georgia's Todd Gurley if they want a running back in the first round, but they'll probably pass and wait until the second day to draft a running back. Nebraska’s Ameer Abdullah or Florida State’s Karlos Williams are good options in the middle rounds.