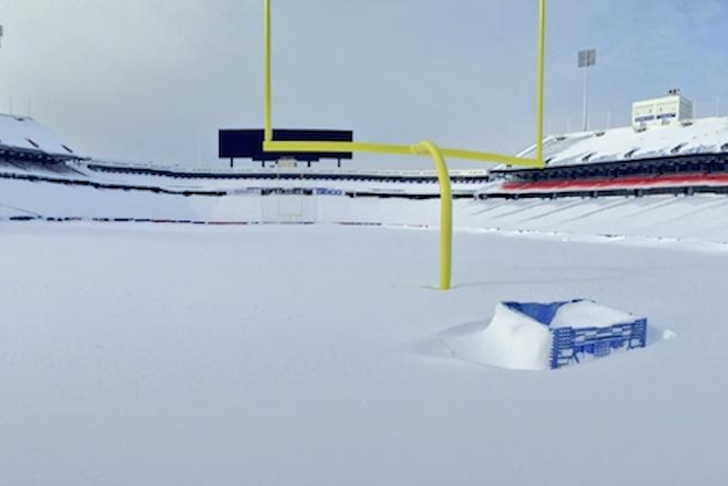 UPDATE: Bills And Jets Will Play In Detroit

Due to the extensive snowfall in the Buffalo area, there are a lot of questions surrounding the Bills game against the New York Jets that was scheduled for this Sunday.

The NFL hasn't decided what to do with the game yet, but with six feet of snow on the ground at Ralph Wilson stadium, it seems highly unlikely that the game will be played as scheduled.

The league could move the game back to Monday or Tuesday, but according to ProFootballTalk, the NFL is interested in relocating the game.

Per source, if Jets-Bills isn't played in Buffalo, the options are Detroit, Toronto, and New Jersey.

A Friday deadline has been set to decided where and when the game will be played, according to NFL.com.

On top of the snowfall, there's a travel ban in effect that has kept the Bills from practicing this week.

"Everybody would love to see a Bills game go forward, but I think even more, everybody wants to make sure public safety comes first," New York Gov. Andrew Cuomo said Thursday. "At this point in time, doing what we have to do with the driving ban and everything we just said -- staying off the roads -- would make a Bills game impractical. So if you ask me today, right now, my two cents would be it would be impractical to do the game because it could jeopardize public safety."

Stay tuned to Chat Sports for the latest on this story as this develops. For all the latest news on your favorite teams, sign up for a free Chat Sports account today!