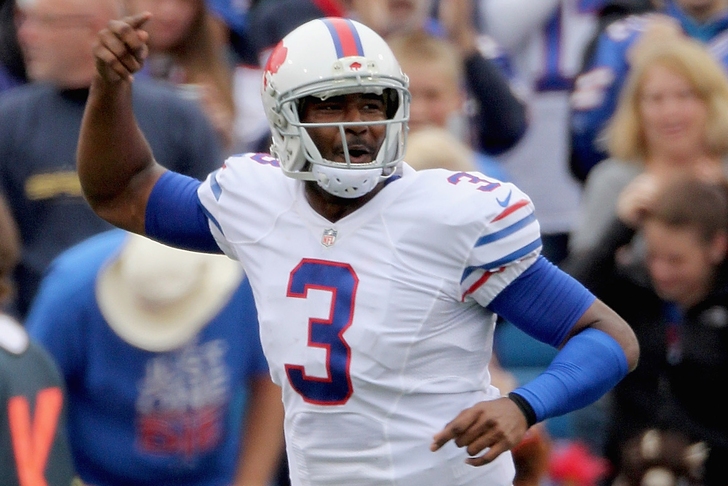 Can't get enough Bills news and rumors? Be sure to download our 5-star iPhone app today!

In what might be one of the more shocking benchings of the 2014 NFL season so far, the Buffalo Bills and head coach Doug Marrone have announced that starting QB EJ Manuel will sit in favor of veteran Kyle Orton going forward.

With the team's soon-to-be new ownership group likely to examine the team's leadership structure from the top down this offsseason, Jason La Canfora of CBS Sports believes that Marrone's decision will be directly tied to his job security going forward:

Bills remain in "win today" mode. Manuel, while hardly great, was better than I expected coming out of a poor camp. Seems like panic move

According to Marrone, this move is more about the present than any worries about the future:

Doug Marrone: "We have a playoff caliber team. This gives us the best opportunity to win."

The 24-year-old Manuel led the Bills to a 2-2 record in their first four games, throwing for 838 yards at a 58% completion rate with five touchdowns and three interceptions.

In his place, the 31-year-old Kyle Orton will get a chance to prove that his two-year, $11 million deal signed with the team in late August was worth every penny, starting next Sunday in Detroit against the Lions.