Instant Reaction: Texans Hold On For 23-17 Win Over Buffalo 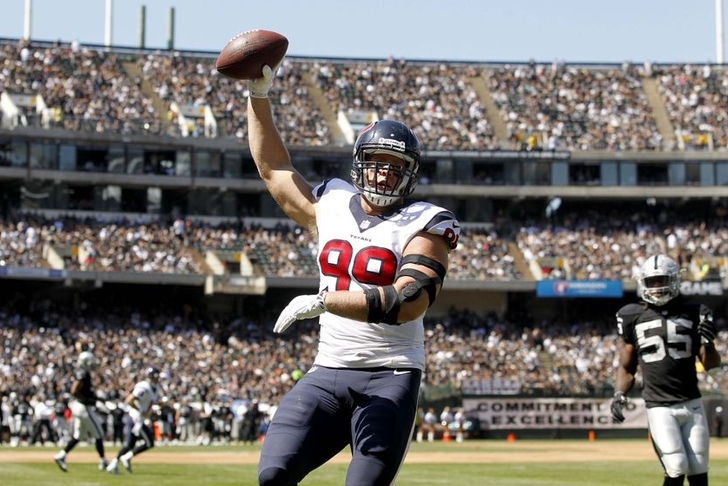 The Bills and Texans were locked in a low scoring game headed into halftime, with both offenses struggling to get consistency.

A close second half was decided with a couple big takeaways by the Texans defense.

EJ Manuel couldn't get much going against a good Texans defense, until he hit Mike Williams for an 80 yard fourth quarter touchdown. That gave him a majority of his 225 yards.

He also threw a touchdown to Sammie Watkins, but threw two interceptions, including one in the final minute.

Ryan Fitzpatrick wasn't at his best, though he did come up with a few good throws, finishing with 268 yards and a touchdown, but turned the ball over twice.

Andre Johnson posted his usual six catches for 71 yards, but looked bothered by a hamstring injury late in the game.

Arian Foster played the whole game, though he was clearly slowed by his hamstring strain. He rushed for just six yards on eight carries, though he did have 57 yards receiving.

Turning Point: With the Bills driving in Houston territory to start the second half, J.J. Watt got his hands up and picked Manuel's pass off at the line. Watt took it back 80 yards for his first interception return of his career.

That gave the Texans their first lead of the game, one they were able to hang onto for the majority of the second half.

1) The Bills offense has come back down to earth the last two weeks after starting out the season hot.

Manuel had a few big plays, but it's clear Buffalo still has some progress to make offensively.

2) J.J. Watt is a beast - maybe we didn't learn that today, but his interception return for a touchdown was a nice reminder.

The Bills head to Detroit, while Houston has a Texas showdown against Dallas