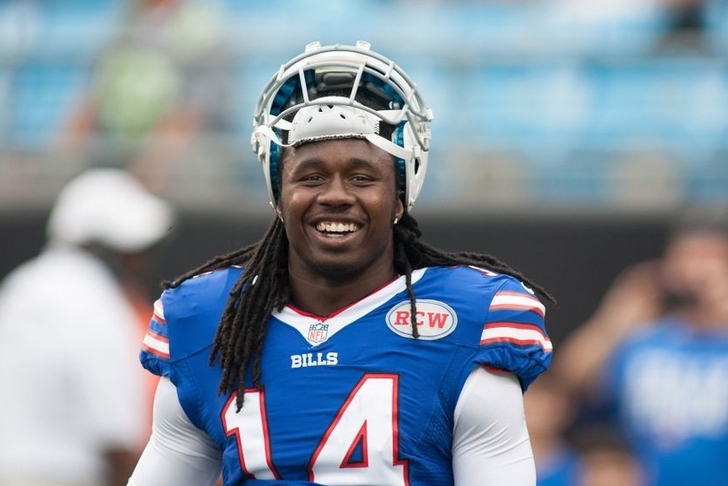 Minnesota and Buffalo came into this game with nearly identical records, and the game was close throughout. The Vikings led 13-10 at the half thanks to a field goal late in the second quarter, and the defenses took over after the break.

The Vikings kicked a field goal at the beginning of the fourth quarter to take the 16-10 lead, but the Bills were finally able to get a drive together on their last possession. They had the ball on Minnesota's two yard line with five seconds left, and quarterback Kyle Orton was able to complete a pass to Sammy Watkins to give the Bills the win.

Buffalo was forced to rely on their passing attack after running backs Fred Jackson and C.J. Spiller both left in the first half due to injuries, and Orton was able to come through at the end.

Minnesota's defense had been dominating Buffalo until the final drive of the game, where the Bills went 80 yards in just over three minutes to win the game.

Minnesota's rookie quarterback Teddy Bridgewater threw two interceptions on the day, the first of which led to Buffalo's first touchdown. Without that, the Bills wouldn't have been in the game at the end and the Vikings would've come away with the victory.

Rookie wideout Sammy Watkins showed why he was a top pick in last May's draft, catching nine passes for 122 yards and both of Buffalo's touchdowns, including the game-winner.

Fellow rookie Jerick McKinnon was actually able to give the Vikings a running game - something they haven't had since Adrian Peterson was ruled out until his legal issues get resolved. He had 19 carries for 103 yards, but was unable to get into the end zone.

Buffalo faces the in-state rival Jets next weekend, while the Vikings will look to get another win in Tampa against a struggling Buccaneers squad.