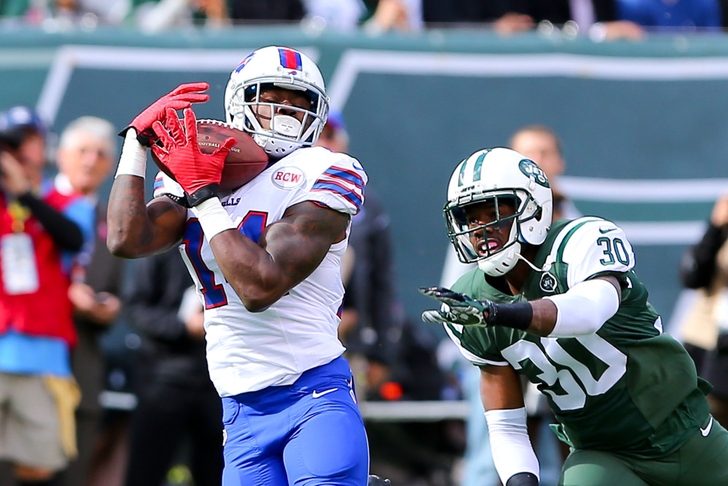 The Bills were the favorites going into Monday night's game against the New York Jets, but no one expected anything like this.

Buffalo dominated the Jets start to finish in a one-sided AFC East blowout, with the Bills coming out on top in nearly every facet of the game. The fans in Detroit got in for free...and anything else would have felt like a ripoff.

This was never going to end well for the Jets, but things really got ugly in the third quarter when Buffalo piled on 17 points in less than 10 minutes of action. When Buffalo blocked a punt and ran it back to put the Jets down 24-3, one look at the deflated Jets sideline told you everything you needed to know.

WR Robert Woods gets some credit, but the call today goes to QB Kyle Orton. Orton rebounded from two rough weeks with a stellar performance - the former Broncos QB went 24/32 with 230 passing yards and two touchdowns on the day. LB Nigel Bradham was also impressive, racking up 10 tackles (6 solo) with 2 tackles for a loss and a deflected pass.

There's plenty to choose from...and none of them flatter the Jets. The most damning though, for us: when you factor in the five sacks that lost them 35 yards, the Jets didn't break 100 passing yards until there were less than two minutes left in the fourth quarter.

The Jets get to follow up this Monday Night performance with...another Monday Night Football appearance! New York takes on Miami next Monday Night in what we're sure will be another riveting display of...something that kind of looks like football, if you squint. The Bills, now 6-5, will host the Cleveland Browns, another team turning their fortunes around this year.