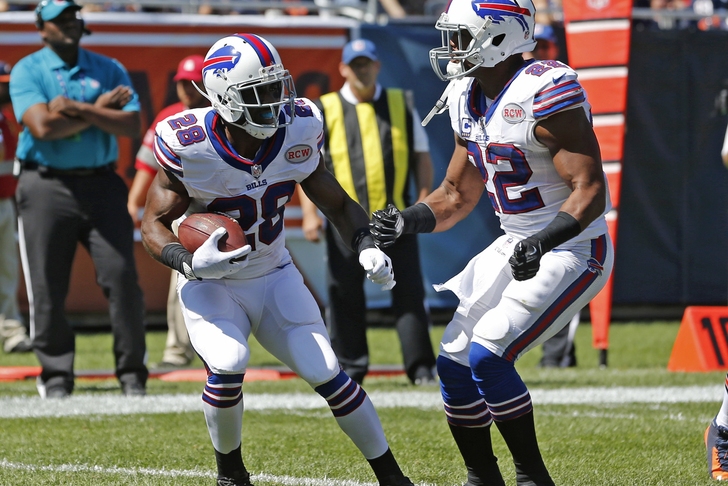 The Buffalo Bills are off to a rough start on Sunday.

Running back Fred Jackson was carted off the field in the second quarter with what appeared to be a serious groin injury. He was ruled out for the game almost immediately.

Later in the same quarter, C.J. Spiller busted off a 52 yard run deep into Vikings territory, but appeared to injure his shoulder at the end of the run.

He was also carted off, and has been ruled out for the game as well.

The Bills have their hands full with the Vikings, and will be down to third-string running back Anthony Dixon for the remainder of the game. Bryce Brown is inactive.

Based on Jackson and Spiller's demeanor as they were carted off, both backs may be looking at an extended absence.