Halftime Quick-hitters: Bills Leading Defensive Battle 10-7 at the Half 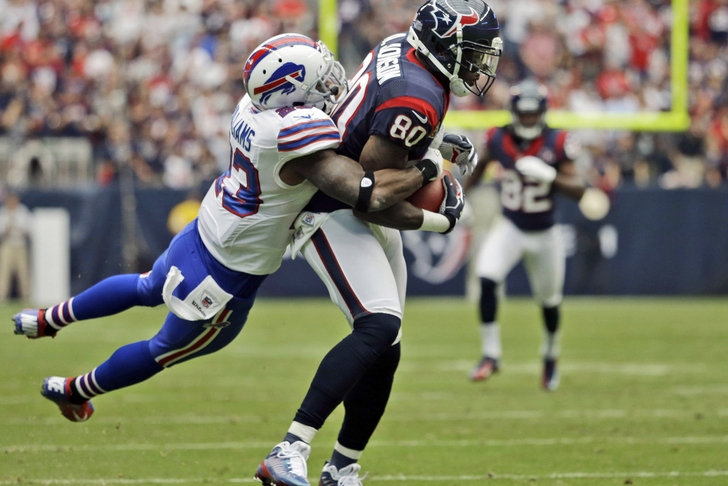 The Buffalo Bills take on the Houston Texans, as both teams look to get back in the win column after each suffered their first loss of the season last week.

Both offenses looked out of sorts early on, playing to a scoreless game through the first quarter.

EJ Manuel helped lead the Bills to the first score of the game, orchestrating a drive that stalled in the redzone.

He found rookie Sammie Watkins later in the quarter for a 5 yard touchdown reception.

CJ Spiller and Fred Jackson split the workload as usual, with Spiller accumulating 60 total yards and Jackson putting up 53.

Facing his former team, Ryan Fitzpatrick was a mess until late in the half. He threw a touchdown to receiver DeAndre Hopkins to get Houston on the board.

He had 151 yards with that touchdown and an interception.

Arian Foster started the game despite a gimpy hamstring and was ineffective early, gaining just one yard on six carries, though he had 29 receiving yards on two catches.

Andre Johnson had four receptions for 52 yards, but lost a fumble for the first time since 2008.

Stat To Keep An Eye On:  The Texans have 12 rushing yards at the half.