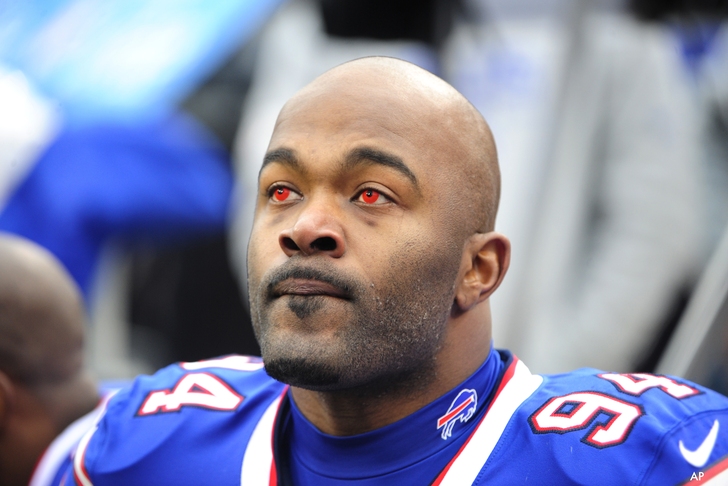 Things got weird for the Buffalo Bills once the season ended. First, quarterback Kyle Orton pulled a Good Will Hunting when he retired. Then, Doug Marrone opted out of his contract and the Bills hired Rex Ryan to replace him. Buffalo has to find a quarterback for Ryan, but at the very least, Ryan should be great for a few sound bites. Not having a first round pick is a killer for the Bills.

1. Quarterback: Kyle Orton retired and unless the Bills plan on turning back to E.J. Manuel, they’ll need to find a new starter.

2. Safety: Da’Norris Searcy got a higher grade than Aaron Williams from Pro Football Focus, but Searcy is a free agent. The Bills should bring him back.

3. Offensive guard: Erik Pears struggled last season and is a free agent. Kraig Urbik could be cut. Cyril Richardson could be the answer at one spot.

4. Defensive end: Jerry Hughes was solid, but is a free agent. Some depth is needed too.

5. Middle linebacker: Brandon Spikes played well last season, but is a free agent. He’ll need to be brought back, unless the Bills want to move Kiko Alonso back to the middle once he gets healthy.

6. Tight end: Scott Chandler isn't that great. The Bills should try to find an upgrade if they can.

*Bills will likely owe a 4th rounder to the Eagles. Pick came from 49ers.