Bills Will Play In Buffalo On Sunday 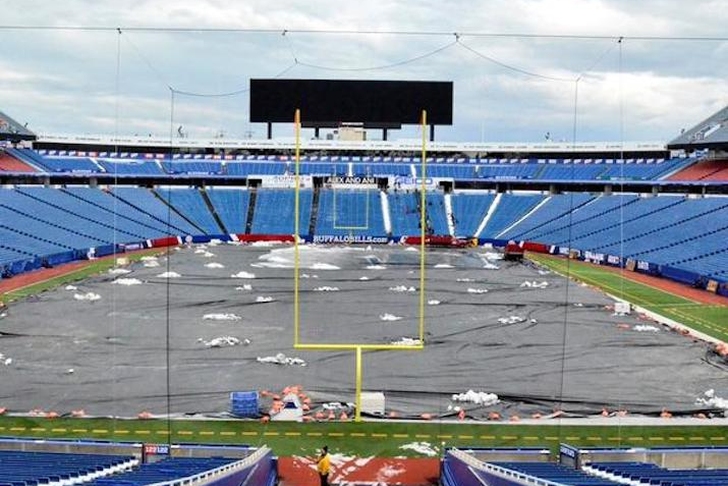 Just one day after the Buffalo Bills were forced to face the New York Jets in Detroit due to a massive snowstorm in the Buffalo area, the team announced today.

“We will play the Browns at Ralph Wilson Stadium,” Bills president Russ Brandon said, via WGR550.com. “There’s been an enormous amount of progress over the last few days. While we had a difficult hand from Mother Nature last week, Mother Nature certainly assisted this week and with the heat wave that we somewhat had here in Buffalo, and the great efforts by [vice president of operations and guest experience] Andy Major and his staff over the last few days.”

Brandon said there are no "red flags" with the stadium after the snowstorm, but there will be a little less parking because of the need to pile up snow removed from the stadium.