Bills Were "Bummed" When The Jets Benched Geno Smith On Sunday 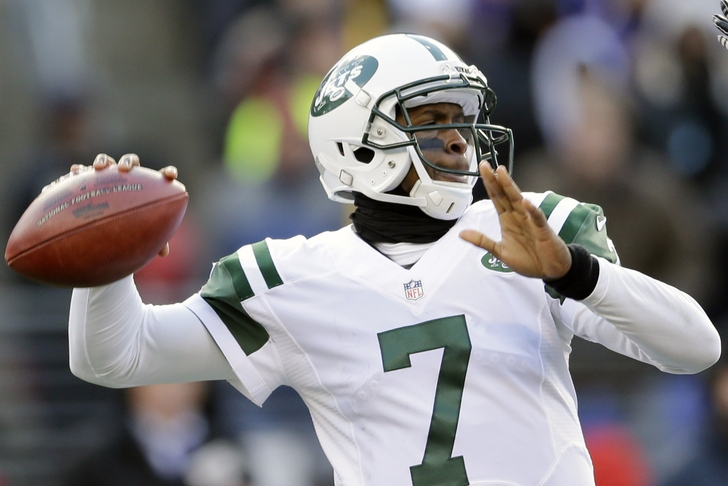 When New York Jets quarterback Geno Smith was benched in the first quarter of the team's 43-23 loss to the Buffalo Bills on Sunday, he wasn't the only one disappointed about the benching.

“We were bummed out when they took Geno out," a member of the Buffalo Bills organization said, via Mark Cannizzaro of the New York Post.

Smith was replaced by veteran Michael Vick after going 2-of-8 for five yards and three interception in the game's opening quarter. Smith's struggles have been well documented, so perhaps it's easy to see where the Bills are coming from on this one.

According to Bills linebacker Preston Brown (per Cannizzaro), part of the Bills' disappointment in Smith's departure came from what they saw on tape of the embattled signal caller:

He was just eyeing down receivers. We saw it on film that he was just staring guys down. When we know if you do that we’re going to jump on guys’ routes, and we got some picks in the back-end with just reading his eyes.

Michael Vick came into the game and, despite three turnovers of his own, got more markedly more out of the Jets offense than Smith did.

From the looks of these quotes, that made the Bills a bunch of sad pandas.

WATCH: Cop Has An Epic Reaction To A Pittsburgh Steelers Touchdown