Bills Rumors: TE Eric Ebron thinks the Bills may want to draft him 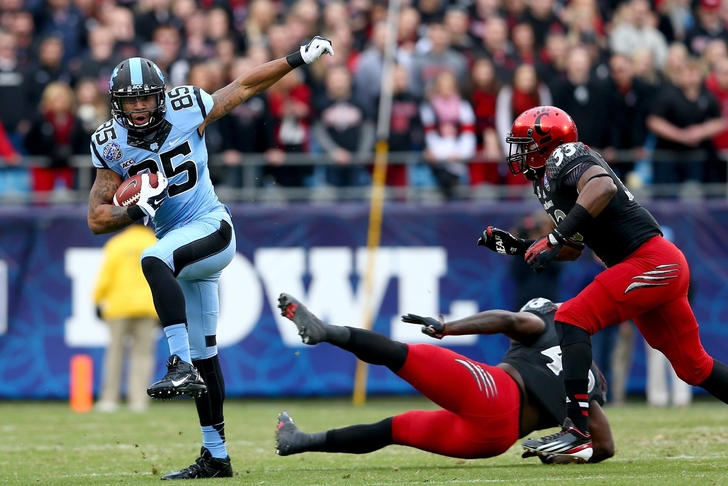 Per Curtis Crabtree of Pro Football Talk, Peter King of theMMQB.com "wrote that Ebron told a team he recently visited with that he expected the Detroit Lions to select him in next month’s NFL Draft."

When asked about this on Sirius XM NFL Radio by hosts Alex Marvez and Gil Brandt, Ebron substantiated the rumor:

The Buffalo Bills do have Scott Chandler and Lee Smith already on the roster, so drafting a tight end with the ninth overall pick may be a bit of a stretch. However, if the Bills feel that Ebron's ability is franchise tight end-worthy, they may decide to draft him anyways.

Your Bills rumors whenever and wherever you want them. Download our new Chat Sports iPhone app and follow our Bills team page today.