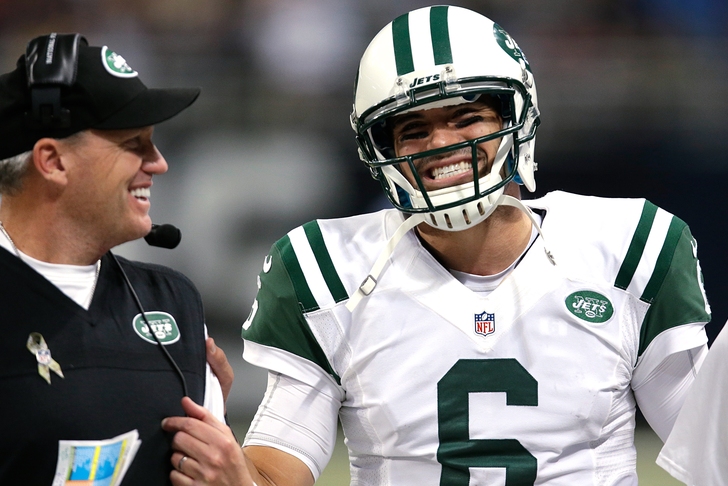 The Buffalo Bills are in the market for a veteran quarterback, and new head coach Rex Ryan could look back to his roots with the New York Jets to find the right match.

According to Michael David Smith of NBC's Pro Football Talk, speculation is heating up that two of Ryan's former charges, Michael Vick and Mark Sanchez, could be on Ryan's radar at this juncture:

Buffalo traded away this year’s first-round draft pick to move up and draft Sammy Watkins last year, so we can forget about the Bills finding a starting quarterback in the draft. Which means the Bills — whose only quarterback under contract is EJ Manuel — will have to sign a veteran free agent quarterback.

And that raises a question: Will coach Rex Ryan bring in one of his old quarterbacks with the Jets, Mark Sanchez or Michael Vick? Both Vick and Sanchez become free agents next week, and the Buffalo News names them among the quarterbacks the Bills could sign.

It's unclear whether or not familiarity with either player will make them favorites to land in Buffalo, especially taking into account that neither QB ended their time under Ryan on an upswing from a performance perspective.