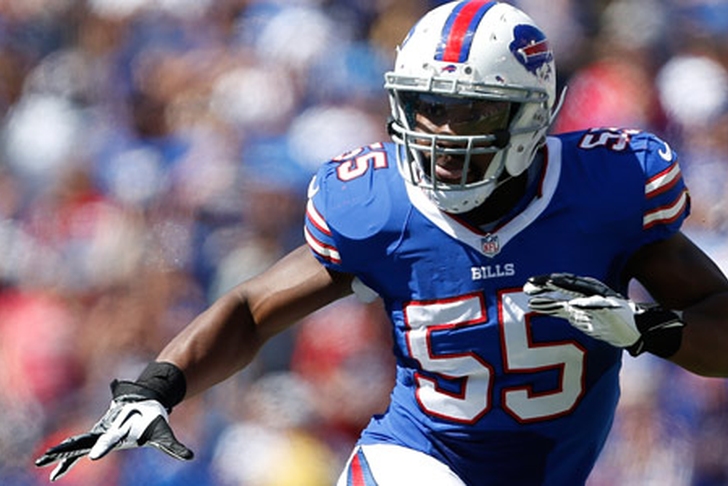 The Bills would love to keep DE Jerry Hughes around long-term, and Hughes wants to stick around in Buffalo for a while.

Unfortunately, it sounds like contract talks between the two sides aren't getting much closer to a resolution. There's still time to make something happen before free agency officially opens, but with each passing day, the odds of Hughes staying get slimmer.

The Bills aren't interested in letting Hughes walk, and it sounds like if the team reaches a point where they aren't sure they can get a deal done by the time free agency opens, they'll slap the franchise tag on Hughes, keeping him around for one year at the average salary of the top five players at his position. That would be a major pay increase for Hughes, who made about $3.5 million in 2014, but it would effectively put the team right back at square one this time next season...and with Hughes coming off a year where he made upwards of $13 million (the franchise tag number for DEs in 2014 was $13.116 million, so in 2015 it'll likely end up somewhere between $13 and $14 million), the next contract he gets will likely be much more than what the Bills would give him this year.

The Bills sound ready to take that chance, though, so all fans can do at this point is wait and hope they can make some progress on a long-term extension.