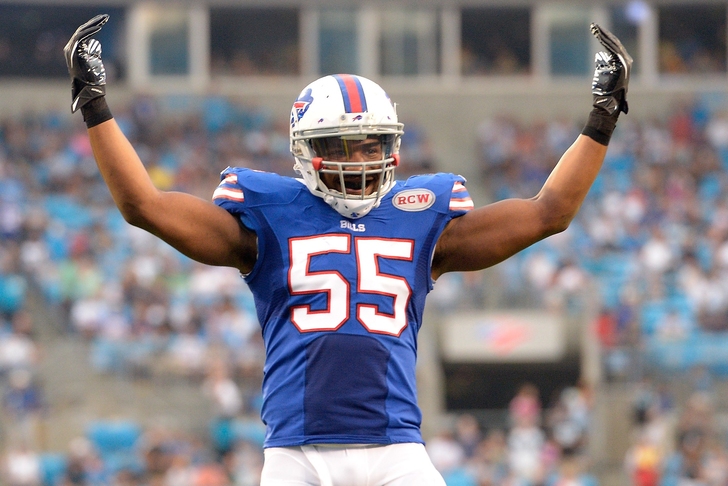 The Buffalo Bills are poised to take one of the premier free-agent pass rushers off the market before free agency officially begins on Tuesday.

According to Vic Carucci of the Buffalo News, the Bills are close to finalizing a deal for defensive end Jerry Hughes.

That will be a huge deal for the Bills, who made an equivalent splash on the other side of the ball of running back LeSean McCoy.

Hughes has resurrected his career in Buffalo after being termed by some as a bust with the Indianapolis Colts just a couple seasons ago. Since then, Hughes has posted back-to-back 10.o sack seasons with the Bills, providing Buffalo's dominant defense with a home run sack threat on the edge.

He's also just 26 years old, so locking up Hughes has plenty of upside for a Bills team ready to take the next step under new head coach Rex Ryan.