Bills Rumors: 3 Players Buffalo Should Pick In The NFL Draft Are... 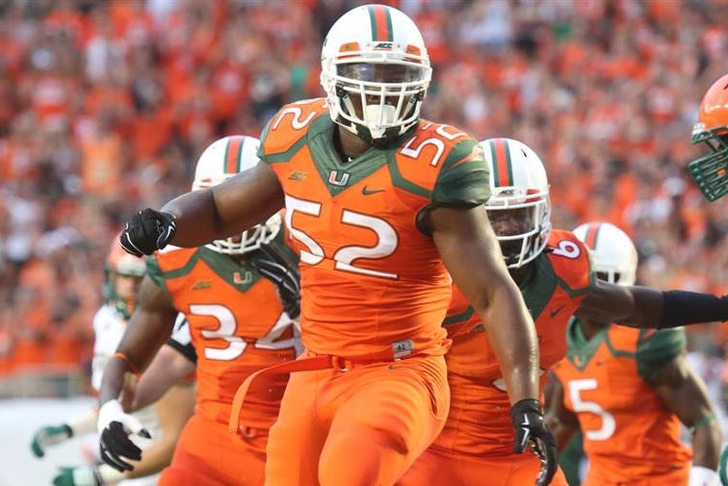 The Buffalo Bills are looking to build on last season’s 9-7 record and make the playoffs under new head coach Rex Ryan. Buffalo feels they’re only a player or two away from getting over that hump, and they're looking to find a few impact players in the draft - even though Buffalo doesn't have a first round pick. Here are three players they're targeting:

Buffalo's linebacking core is in need of depth and help stopping the run. Bills linebackers were adept at dropping back and helping in coverage, and there’s a great mix of veteran and young talent ready to take the next step. Add in a blue-chip prospect, and Buffalo could post top-ten finishes in rushing and passing yards allowed next season – putting them in great shape in their quest to make their way back to the NFL Playoffs. Perryman doesn’t have elite speed or athleticism, but his strength, acceleration, and instincts have drawn comparisons to London Fletcher.

It’s clear that Buffalo desperately needs to find a capable quarterback with Kyle Orton’s retirement and E.J. Manuel’s lack of productivity. Buffalo brought in journeyman Matt Cassel to be the starter, but they need someone they can trust long-term. Unfortunately for the Bills, they’re not at the top of the draft, so they’ll miss out on Marcus Mariota and Jameis Winston. Bryce Petty has surprising athleticism and elite arm-strength, and Buffalo would be smart to see if he can develop into a starting-caliber player for them.

Buffalo hasn't addressed their offensive line needs yet,  so it looks likely that the Bills will turn to the draft to address their need for talent at the position. Tomlinson would fit in as a skilled, intelligent player who should be able to start right away as a rookie and have a long career.