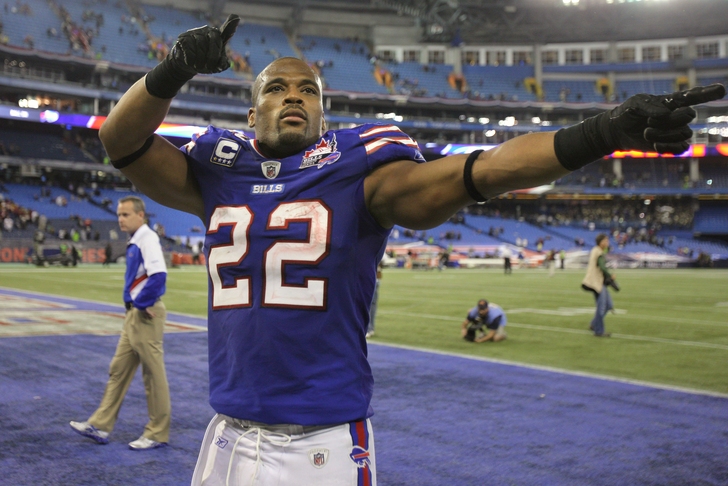 Can't get enough Bills news and rumors? Be sure to download our 5-star iPhone app today!

The Buffalo Bills' backfield was ravaged by injuries on Sunday, with both Fred Jackson and CJ Spiller having to be carted off the field during Buffalo's 17-16 home victory over the Minnesota Vikings.

While Spiller's season is done after he suffered a broken collarbone, Jackson's injury appears to be far less serious.

Not all injury news is bad for #Bills: worst-case for RB Fred Jackson (groin) is to miss 4 weeks, I’m told. He has his eyes on 11/6 vs KC

Jackson stayed down on the turf after failing to convert on a 3rd-and-1 run in the second quarter. He would eventually be helped to his feet and would get to the sideline with the assistance of center Eric Wood and a team trainer.

He would then be carted to the locker room, hands covering his face.

However, with the worst-case scenario being just four games, Jackson should be back in plenty of time for Buffalo's playoff push down the stretch.