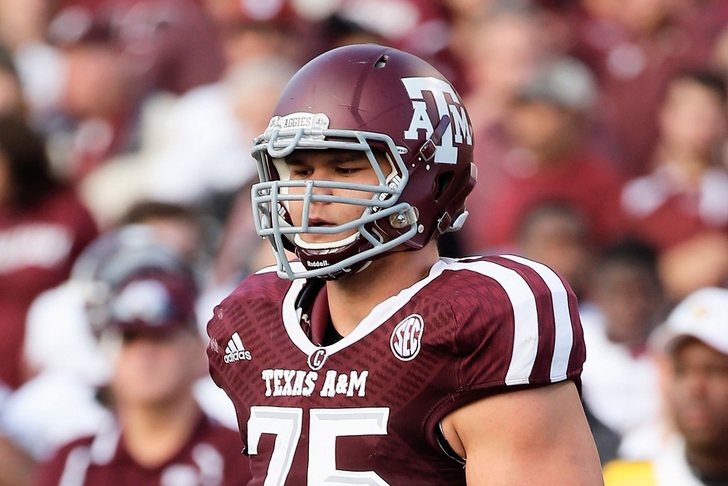 In Bills news tonight, the Buffalo Bills may be looking for a franchise offensive tackle in May's NFL Draft, with one potential option visiting the team on Tuesday.

As posted by Nate Bouda of NFLTradeRumors.co, "Joe Buscaglia of the Buffalo News, citing a league source, reports that Texas A&M OT Jake Matthews is scheduled to visit with the Bills on Tuesday."

Jake Matthews has been projected by many draft analysts as one of the top three offensive tackles in next month's NFL Draft.

Some boards, however, have Jake Matthews being taken prior to where the Buffalo Bills sit at #9, with others believing that the Bills have a comfortable shot of selecting Matthews at the outer edges of the top-10.

As Bouda states in his article, "Matthews should be able to step in and produce from day one, so this could be something to watch in the coming weeks."

If Matthews indeed is the franchise tackle that many think he is, he could slot into a starting role right off the bat, perhaps in place of right tackle Erik Pears.