Bills News: Buffalo Confirms Jim Schwartz Will Not Be Returning As Defensive Coordinator 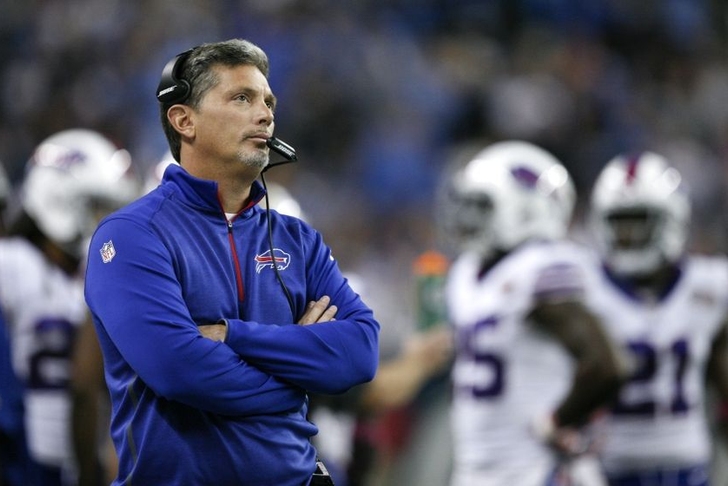 The Buffalo Bills announced that defensive coordinator Jim Schwartz will not return to the team next season.

ESPN.com’s Adam Caplan reported that, Schwartz and Ryan did speak on Monday, but ultimately decided against working together because of "differing defensive philosophies".

Schwartz was head coach of the Detroit Lions from 2009-2013 before serving one season as the Bills' defensive coordinator.

Buffalo officially hired former New York Jets head coach Rex Ryan as its new coach on Monday, and Ryan is expected to bring his defensive coordinator from the Jets, Dennis Thurman, with him.

"Jim's defenses are always tough and ranked near the top of the league standings," Ryan said. "I wanted to give Jim the opportunity to pursue other opportunities and so we have terminated his contract. He did a terrific job with the Bills defense this past year..."

The Bills ranked fourth this season in total defense under Schwartz. They led the league with 53 sacks, forced 31 turnovers (third-best in the NFL), and intercepted 19 passes.