Bills NFL Draft Rumors: Everything You Need To Know Heading Into Day One 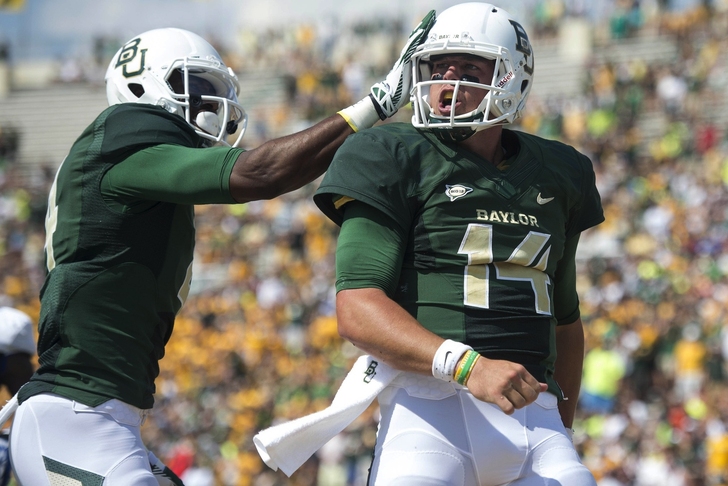 The 2015 NFL Draft is here, and there’s plenty of reason to be excited about the goings-on in Chicago if you’re a Buffalo Bills fan. Here’s our breakdown of everything Bills fans need to know heading into the draft.

The Bills Aren't Likely To Trade Back Into The First Round Thanks to the Sammy Watkins deal, the Buffalo Bills are left without a 1st round pick in this year's draft.

Regardless of how aggressive the front office has been at the open of the Rex Ryan era, it doesn't appear the team is considering moving up in the pack to get a crack at day one on Thursday.

"So that first day of the draft, we probably aren't going to pick," Ryan said. "It looks pretty good that we won't pick."

The Bills appear content to wait it out and get things started on day two, regardless of the fact that they have plenty of collateral to work with if they desire to move back into the first.

Is Bryce Petty The Bills' Future?

The Bills' QB competition this summer looks like a two-way race between EJ Manuel and Matt Cassel at the present moment, but there could be another name in the mix before the 2015 NFL Draft is through.

According to SB Nation's Brian Galliford, "the Buffalo Bills either purposely or inadvertently made some news on Tuesday when, per multiple reports, the team wined and dined Baylor quarterback prospect Bryce Petty in Dallas last evening."

Petty is projected to land somewhere between the third and fifth rounds.