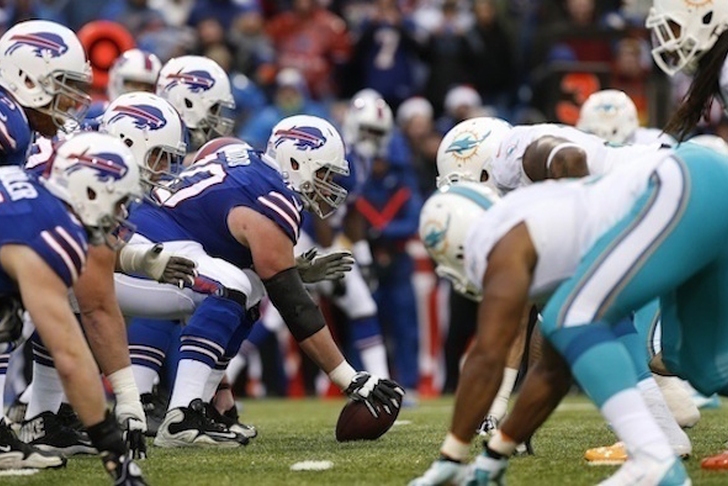 The Buffalo Bills hold the No. 7 overall pick in the NFL Draft, and they're contemplating several options as to what to do with the pick. One scenario is to trade it to the Miami Dolphins, who CBS's Rob Rang reports are looking to trade into the top 10 to draft West Virginia WR Kevin White:

With only six picks in 2015, the Dolphins don't have much ammunition. That hasn't stopped the 'Fins from fishing.

The Dolphins appear to be targeting another playmaking wide receiver with West Virginia's Kevin White ranking highest on their board, sources suggest. If it happens, Miami's trade could mimic a similar move as the one division rival Buffalo completed a year ago, jumping up to No. 4 overall to land Sammy Watkins. Whereas the Bills continue to struggle at quarterback, the Dolphins boast a quality young passer in Ryan Tannehill to build around.

Making a deal with a division rival may not be ideal, but Buffalo only has to look back a year to see what a team can get by trading down

The Bills gave up two first-round picks and a fourth-round pick to the Cleveland Browns last year so they could move up from the No. 9 pick to No. 4 and draft Clemson wideout Sammy Watkins. Chances are they'll get a similar return from Miami, who would be moving up from No. 14 to No. 7. Buffalo has a lot of holes they need to fill, so the extra picks could make this deal worth it.