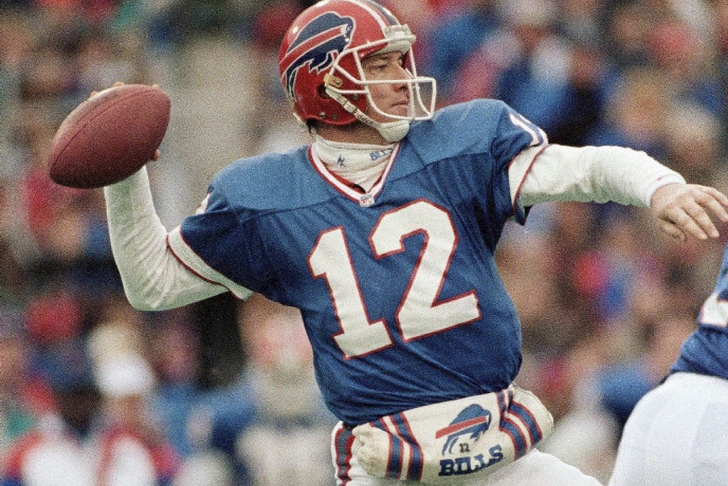 The Buffalo Bills have hit plenty of home runs in the NFL Draft over their storied history, and these next four guys represent the greatest of the great. Here's our list of the 4 Best NFL Draft Picks In Buffalo Bills Franchise History. Thomas shared a backfield with Barry Sanders at Oklahoma State, and while Sanders remains an icon to even casual NFL fans, Thomas deserves just as much credit for what he accomplished during his time in Buffalo. Thomas finished as the leading rusher in Bills history with 11,938 yards, and the 2007 Hall of Fame inductee also landed in the top-six of the league for rushing yards over six consecutive seasons between 1989-1994.

Buffalo has been blessed with a cavalcade of great running backs in its franchise history (which is why OJ Simpson is nowhere to be seen on this list), but the same can't be said for wide receivers. However, Andre Reed is the greatest exception to the rule one could ever ask for. Reed's 941 receptions, 13,095 yards and 86 touchdowns are easily the most in team history. Eric Moulds is the next closest in all three categories with 675 - 9,096 - 48.

Undeniably one of the best players in NFL history, Bruce Smith dominated in his role as an defensive end, recording a ridiculous 171 sacks with the Bills. His 200 total sacks rank first in NFL history. Smith made 11 Pro Bowls, eight First-team All Pro's and was inducted into the Hall of Fame in 2009 as one of the most dominant defensive forces the game has seen.

Jim Kelly cemented his place at the franchise's best quarterback all-time, as Kelly finished atop every passing category in team history. Kelly is also the only quarterback to take Buffalo to a Super Bowl, doing so in four consecutive seasons from 1990-93. Perhaps his only downfall was never winning one of them, but Kelly's other career marks will likely stand the test of time in the annals of Bills history.