3 Reasons Why The Buffalo Bills Are Legitimate Super Bowl Contenders 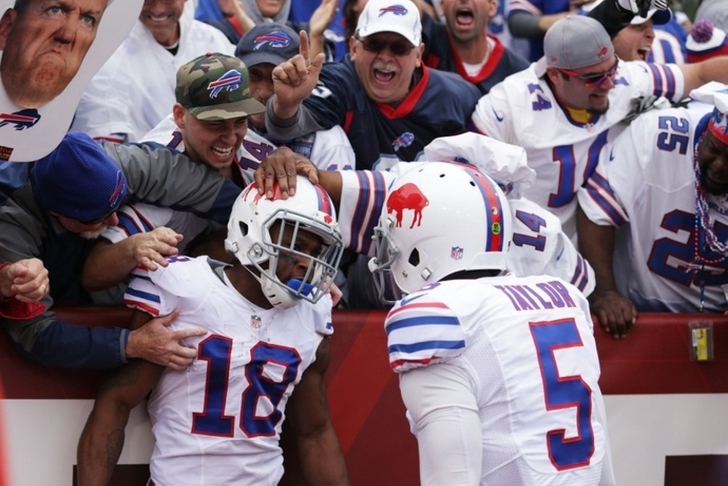 The Buffalo Bills surprised much of the NFL with a 27-14 win that wasn't as close as the score indicates. The Bills' defense harassed Andrew Luck all afternoon. The Bills' win wasn't a fluke either; this team is good. Here are three reasons why the Bills are legitimate Super Bowl contenders.

A ton of credit goes to Rex Ryan and Greg Roman for their game plans against the Colts. Roman made things as easy as he could on QB Tyrod Taylor, letting him use his feet and not having him do too much. The Bills ran the ball 36 times against just 19 passes. With LeSean McCoy, and apparently Karlos Williams too, that run-first offense is perfect for the Bills. Rex Ryan's scheme for stopping the Colts was a thing of beauty. Ryan brought pressure up the middle all afternoon and relied on his outside linebackers to keep Luck in the pocket. It worked to perfection as the Colts couldn't run the ball and Luck struggled, throwing 2 INTs. If the Bills can put together game plans like that each week, they'll be threats come December and January.

The scheme played a big part, but the Bills' defense was incredible against the Colts. Excluding Luck scrambles, the Colts could only muster 44 yards on 13 carries. The Colts' one-dimensional offense put together only 304 yards of total offense and turned the ball over three times. The Colts are supposed to have one of the better offenses in the NFL, meaning the Bills' defense should have a big season.

With such a great defense and weapons on offense, the Bills don't need an elite QB to advance deep in the postseason. They just need someone who won't turn the ball over and can make a few plays throughout the game. That's exactly what Taylor did for the Bills in Week One. Taylor was efficient; completing 14 of 19 passes for 195 yards and a score. He also chipped in 41 yards on the ground. If the Bills get play like that out of Taylor all season long, they'll be a Super Bowl contenders this season.