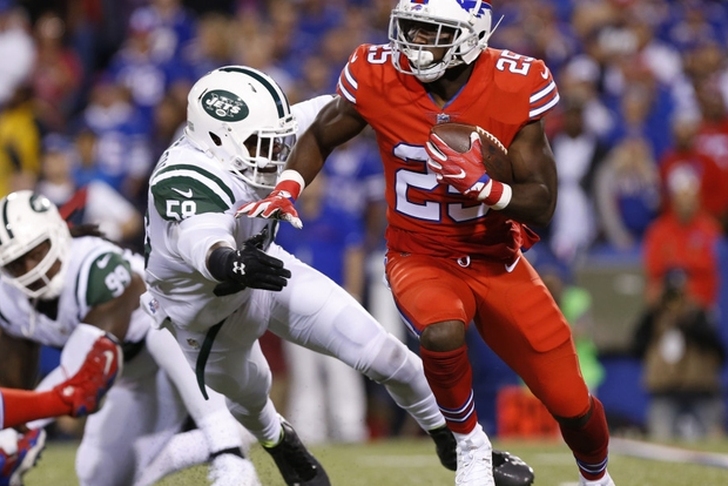 Week 9 of the NFL regular season kicks off tonight with the New York Jets hosting the Buffalo Bills on Thursday Night Football, yet Buffalo enters the game as the three-point favorite. Many people still doubt the Bills despite their 5-2 record and they're ready to prove all them wrong again on tonight's national stage. Here are three reasons why they're guaranteed to win tonight:

1) Dominant rushing attack
Led by running back LeSean McCoy and quarterback Tyrod Taylor, the Bills have one of the most potent rushing attacks in the league. They've combined to rip off six runs of at least 20 yards this season and have been playing their best of late. Over the past two games, McCoy has rushed for a combined 242 yards and three touchdowns. Expect that to be something the Bills rely on heavily tonight.

2) Turnovers, turnovers, turnovers
Buffalo leads the league in turnover differential at +14, and that has played a major role in their success so far this season. They're tied for the league lead with 17 takeaways - including 11 interceptions - and for the fewest number of turnovers as well. Considering that Jets quarterback Josh McCown has turned the ball over 11 times on his own this year, things certainly seem to be leaning in Buffalo's favor.

Follow our Buffalo Bills team page for all the latest Bills news!