3 Reasons Why The Bills Will Blowout The Redskins 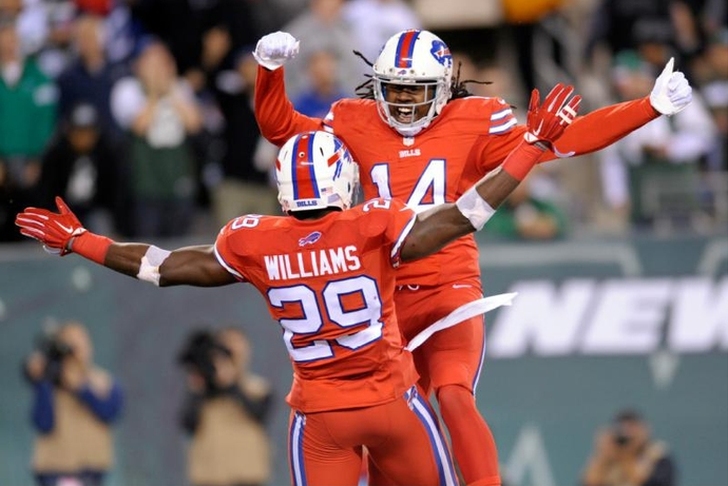 The Buffalo Bills travel to face the Washington Redskins in a battle between 6-7 teams fighting to keep their playoff hopes alive. While the Redskins are an impressive 5-2 at home, they'll suffer a loss this weekend. Here are 3 Reasons Why The Bills Will Blowout The Redskins:

3. Sammy Watkins
Watkins struggled early in the season, as he wasn't targeted enough and battled injuries. But in recent weeks, Watkins has been unstoppable. In his last three games, Watkins has been targeted 26 times, catching 14 passes for 348 yards and four TDs. That run of great play should continue this week against a questionable Redskins' secondary. Bashaud Breeland is the top corner on the team and Watkins could have monster game against him.

2. Better Run Game
The Bills have the third best run offense in the NFL, racking up 141.8 yards per game. RB LeSean McCoy and QB Tyrod Taylor are both dangerous threats on the ground and could torch the Redskins on the ground. Washington has one of the worst rushing offenses, averaging just 94.6 yards per game. The Bills will control the clock and keep their defense off the field in a win.

1. Due For A Bad Kirk Cousins Effort
Kirk Cousins has actually played well in recent weeks. In his past five games, Cousins has completed 74 percent of his passes for 1,349 yards, 8 TDs and 2 picks. However, a closer look reveals those numbers aren't as impressive they seem. The stats are inflated by Cousins torching a terrible Saints' defense. He also played the Giants, Bears and Cowboys in that time frame and those defenses aren't that great. Cousins is going up against a Bills' defense that has racked up 13 picks this season, tied for 10th in the NFL. Don't be surprised when Bacarri Rambo gets at least one interception against his old team in a Bills' win.