3 Reasons Why The Bills Will BLOW OUT The Dolphins 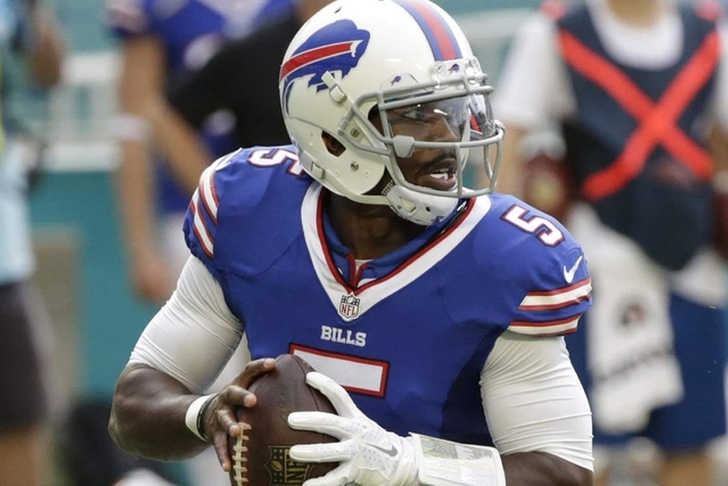 There are very few guarantees in the game of football, but when it comes to the Buffalo Bills' home game against the Miami Dolphins this week, we've found an exception to the rule. Here's 3 Reasons Why The Bills Will BLOW OUT The Dolphins.

3. The Good Times Have Stopped

The Miami Dolphins went on a two-week streak of impressive performances following the firing of head coach Joe Philbin, but all of that came to a crashing halt in last week's 36-7 blowout loss to the New England Patriots. This Dolphins team has shown a propensity for quitting when the going gets tough (see: the first 5 weeks of the season), and it'll be Buffalo who takes advantage of Miami's flagging confidence on Sunday.

The Buffalo Bills are recharged after a bye and relatively healthy despite the placement of wide receiver Percy Harvin onto the IR. Never underestimate the power of a recharged team coming into a crucial home game for their playoff hopes. It's a recipe for a season-defining performance.

Taylor's knee is healthy and his desire is spilling over into the locker room. At a recent offensive team meeting, Taylor rose out of his seat and delivered a very pointed message: we need this win.

"When your quarterback is standing up and doing stuff like that," Dixon said, per Tyler Dunne of The Buffalo News, "and telling us to take advantage of the now, that's all you need to hear, man. He got us ready to go this week."