3 Reasons Why The Bills Will Beat The Jaguars 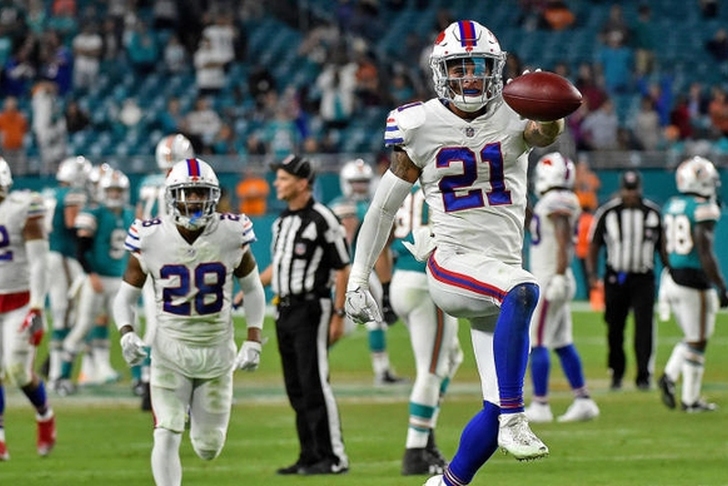 The Buffalo Bills are in the playoffs for the first time since 1999, ending the sport's longest postseason drought, and will face the Jacksonville Jaguars in the Wild Card round. The Bills are a seven-point underdog, yet even though the Bills aren't projected to win, here are three reasons why they will do just that.

1.) Bills Have The Momentum
Despite the Jaguars winning the AFC South, Jacksonville isn't playing solid football at the moment. Jacksonville lost it's last two games of the regular season, one to a San Fransisco 49ers team that dropped 44 on them and a Titans team that was on a three-game losing streak. The only team the Bills have lost to since benching quarterback Tyrod Taylor on November 19th is the New England Patriots. Buffalo is hyped to be in the playoffs after missing it for the past 17 years and will come out with nothing to lose.

2.) Bills Pass Defense vs. Jags Offense
The Bills secondary is the strength of this defense and Buffalo's physical cornerbacks matchup well with the Jaguars' young receivers. This season, Buffalo has allowed only eight touchdowns to wide receivers, which is tied for the second-fewest in the NFL - and only one of those touchdowns have come over the last five weeks.

3.) The Turnover Battle
The Jaguars defense thrives on forcing turnovers, but the Bills only turned the ball over 16 times this season. Five of those 16 turnovers came from quarterback Nathan Peterman, who will not play in this playoff matchup. On the season, Taylor had only four interceptions compared to Jaguars quarterback Blake Bortles, who had 13. The Bills will win the turnover battle, thus winning this matchup.

Follow our Buffalo Bills News page for all the latest Bills news!