3 Reasons Why The Bills Are GUARANTEED To Beat The Eagles 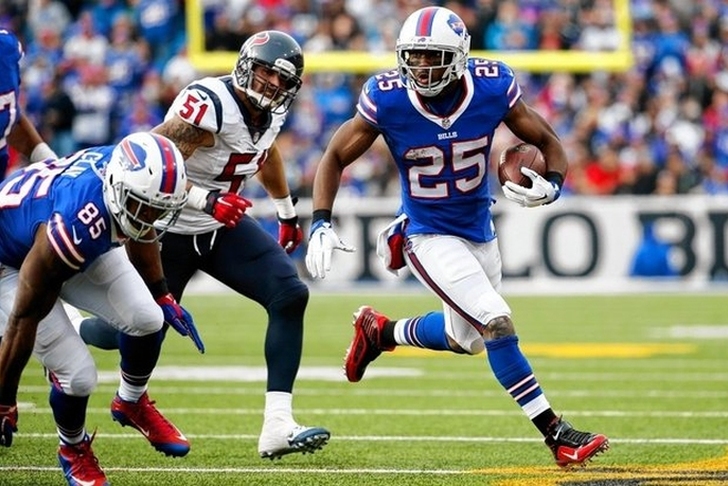 The Buffalo Bills moved back to .500 on the year by beating the Houston Texans on Sunday, and they're looking to start their playoff push with a win over the Philadelphia Eagles this weekend. Here are three reasons why the Bills will do just that:

The Bills are the epitome of a ground-and-pound team, ranking fourth in the NFL with 140.9 rushing yards per game. That'll work in their favor big time against a Philadelphia defense that ranks just 27th in the league against the run. Take into account star running back LeSean McCoy's determination to run all over Eagles head coach Chip Kelly, and Buffalo should have a field day on the ground on Sunday.

Tyrod Taylor has been much better than Sam Bradford this season, and Taylor has often saved his best performances for the biggest games of the season. On top of his significant production (2,171 yards, 17 touchdowns), he has thrown just one interception since Week 2, along with rushing for 318 yards and three touchdowns. His ability to make plays with his legs, protect the football, and keep the Bills on schedule has led to a 6-4 record in games he has started this season, while Bradford has struggled with his accuracy.

Buffalo has the advantage in the most important position on the field, and that will show up on the scoreboard.

1) Defense is taking over

Buffalo's defensive talent level outstrips their current #20 ranking in total defense, and we're going to see evidence of that as the days get colder and the games get more meaningful. Yes, Buffalo has been inconsistent all year long, but there's a golden opportunity in front of them to take down a struggling Eagles team, thus establishing themselves as the team we know they can be. Philadelphia isn't going to scare these guys, especially with playoff positioning on the line.