3 Reasons Why The Bills Are GUARANTEED To Beat The Chiefs 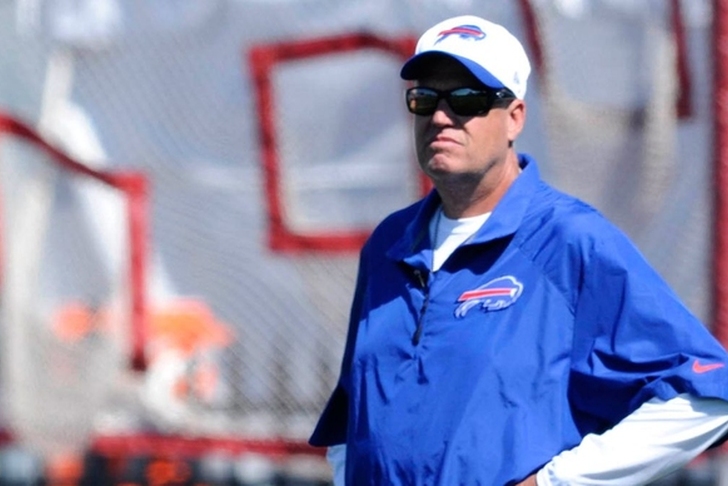 There are very few guarantees in the game of football, but when it comes to the Buffalo Bills' road game against the Kansas City Chiefs this week, we've found an exception to the rule. Here's 3 Reasons Why The Bills Are GUARANTEED To Beat The Chiefs.

“We’re not at that level right now but I can promise you one thing we’re going to work our tails off to get there.” This was HC Rex Ryan's quote after a deflating 20-13 road loss to the New England Patriots last week. Ryan is a realist who shoots straight with his team and his fans instead of sugar-coating things. That's the kind of guys players will get behind. It's also the kind of guy who can kick the team into high gear after one of its biggest disappointments of its 2015 season.

The Bills are the epitome of a ground-and-pound team, ranking 5th in the NFL with 137.5 rushing yards per game. It'll be strength on strength when Buffalo clashes with the fifth-ranked rushing defense in the league (92.6 ypg) in Kansas City, but Buffalo has made top-tier rush defenses look average before during this 2015 campaign. We expect nothing less on Sunday.

Buffalo's defensive talent level outstrips their current #17 ranking in total defense, and we're going to see evidence of that as the days get colder and the games get more meaningful. Yes, Buffalo has been inconsistent all year long. But, there's a golden opportunity in front of them to hit the road and take down a streaking Chiefs squad, thus establishing themselves as the team we know they can be. Arrowhead's not going to scare these guys.