3 Reasons The Bills Are GUARANTEED To Beat The Titans 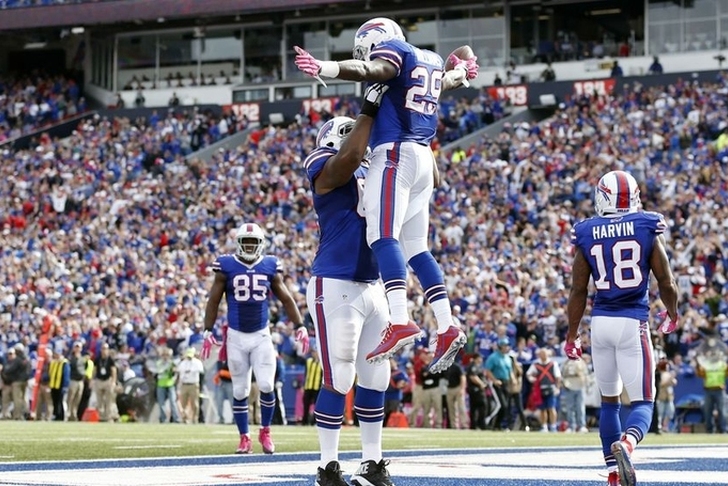 The 2-2 Buffalo Bills are coming off a tough loss to the New York Giants, and now face the 1-2 Tennessee Titans. The Titans' only win this season has come against the Tampa Bay Buccaneers, so this is a game the Bills should win. Here are three reasons why the Bills are GUARANTEED to beat the Titans.

Tyrod Taylor's swift feet will be a big boost to the Bills' offense against the Titans. Tennessee had issues limiting Johnny Manziel, who hasn't played as well as Taylor. Taylor's ability to scramble will help the Bills defeat the Titans.

Aside from a rough game against the New England Patriots, the Bills' defense has looked like one of the best in the NFL. That should be the case again this week against the Titans. The Bills' run defense has done well this season, and has a good matchup against a Titans team has had major issues running the football. The Bills have several strong pieces in the secondary, which will allow them to play plenty of man-to-man and bring blitzes...

Rex Ryan Against A Rookie QB

Expect Ryan to deliver plenty of blitzes and do everything he can to rattle the young Marcus Mariota. Ryan's defenses thrive when he brings pressure and that should be the case against the Titans. Ryan is one of the best defensive minds in the NFL and his scheme will be a big reason why the Bills will beat the Titans this weekend.