3 Reasons The Bills Are GUARANTEED To Beat The Giants 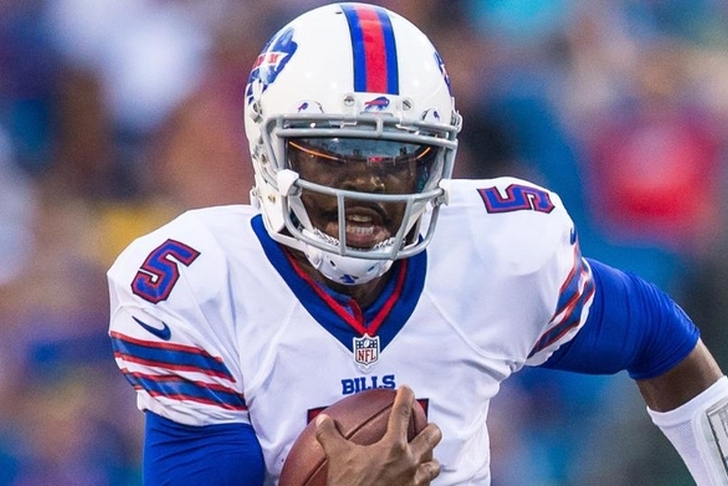 The Buffalo Bills' lone loss this season has come at the hands of the New England Patriots. That's not a fun game to lose, but it's not a crippling loss. This Bills team is talented and has the potential to make a deep playoff run. Up next are the New York Giants, and the Bills should have little problem with the Giants. Here are three reasons why the Bills are guaranteed to beat the Giants.

Excluding a tough game against the Patriots, the Bills defense has been great this season. The Bills shut down both the Dolphins and Colts this season. The Giants' offense looks much more like the Colts and Dolphins than it does the Patriots. Expect Rex Ryan to draw up creative blitzes and hassle Eli Manning all day long.

With or without LeSean McCoy, the Bills have the superior ground game. Karlos Williams has been great this season, while Tyrod Taylor can contribute with his feet too. Shane Vereen is limited to pass catching duties, while both Andre Williams and Rashad Jennings have done little for the Giants. The Bills' ground game is going to help them control the clock.

Let's no forget how the Giants blew their first two games with poor clock management and mistakes of the physical and mental variety. The Giants are much more likely to commit a critical mistake than the Bills are. If the Bills somehow get behind, don't be surprised if the Giants make mistakes and hand the Bills the game.