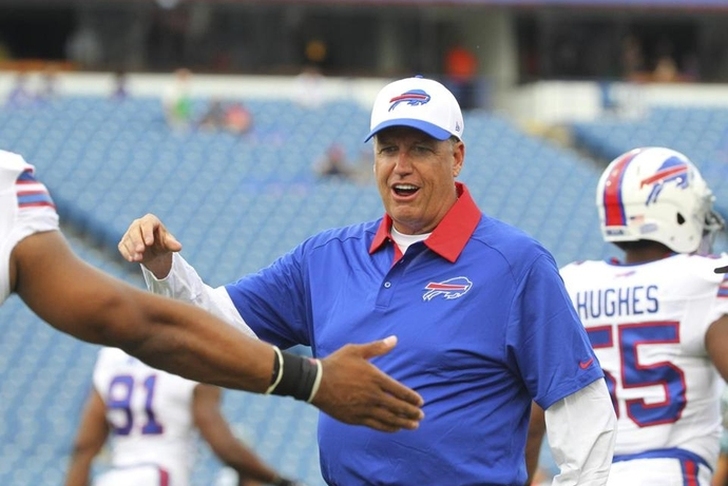 The NFL Draft will start in just over a week, and there will be plenty of trades. That's just the nature of the draft, although those trades are very difficult to predict. One of the teams that could be movers early in the draft is the Buffalo Bills. Here are three potential draft day trades they could make:

Denver has a giant need at quarterback, and that may cause them to trade up in the draft to get one. Buffalo's pick isn't in range to get one of the top QB's in the draft, but the Broncos could still likely get Memphis' Paxton Lynch with the pick, whom they like. The Bills don't necessarily have any pressing needs, so trading back to have the opportunity to land two impact players could be appealing.

Buffalo has expressed a lot of interest in Cal QB Jared Goff, who is expected to be taken by the 49ers with the No. 7 pick if the Rams draft Carson Wentz with the No. 1 pick. However, San Francisco seems content to stay with Colin Kaepernick and Blaine Gabbert as their quarterbacks next year, opening the door to trade back in the draft if they can get a good value. This would virtually ensure the Bills of getting either Wentz or Goff, and San Francisco would still get a good first-round pick while adding another high pick.

Because Buffalo doesn't have as many holes to fill in their roster, using some late-round picks to get a second first rounder would be ideal. Cincinnati is the perfect candidate to trade back due to their confidence in their current group. This would give Buffalo a good chance to get both Robert Nkemdiche and Reggie Ragland, who of their top targets.