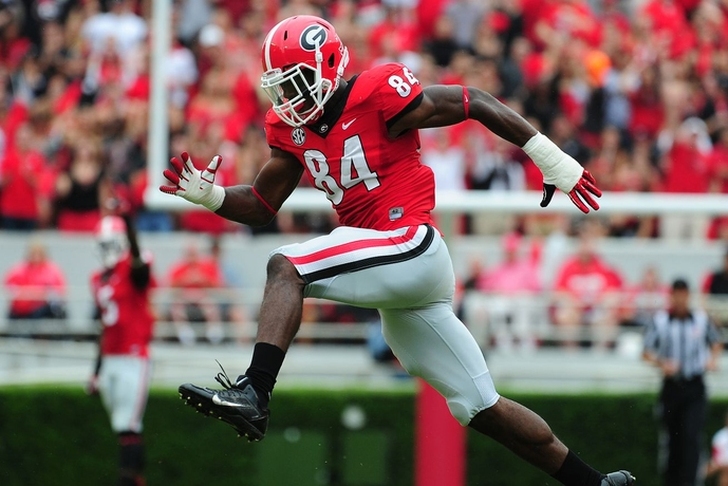 The Buffalo Bills hold the No. 20 pick in the first round of the NFL Draft after coming up just short of making the playoffs, and they're looking to draft an imapct player that can help them end their long postseason drought. However, drafting a bust early could cause them to take a step back next year. With that in mind, here are three players the Bills need to avoid in the first round:

While he fits in both a 3-4 and 4-3 scheme and has been linked to Buffalo in many mock draft, the Bills need to avoid Nkemdiche. There are numerous red flags surrounding Nkemdiche. He was arrested for marijuana possession after falling off a hotel balcony, which will cause teams to worry about his off-the-field character. He lacked a motor and didn't produce as much as he should have at Ole Miss. There's no doubting Nkemdiche's talent, but there are enough red flags that he could end up being a bust.

Spence has talent, that much if for sure. However, his off-the-field issues are cause for serious concern. Spence was banned from the Big Ten after repeated failed drug tests, as he had a problem with Ecstasy. He reportedly didn't interview well at the Combine, a less-than-promising sign for a player with red flags. The Bills don't need a player like that on their roster.

Floyd is projected to be a late first-round draft pick because of his ability to rush the passer, but he really struggles when he's asked to do anything else. He lacks good instincts, is far too stiff in coverage, and is really bad at reading opposing offenses. As a result, he's very hesitant when attacking a ball-carrier and often overruns plays. He's someone who could slip several rounds when the draft rolls around.