3 Reasons Why Bills Fans Should Be Optimistic About 2015 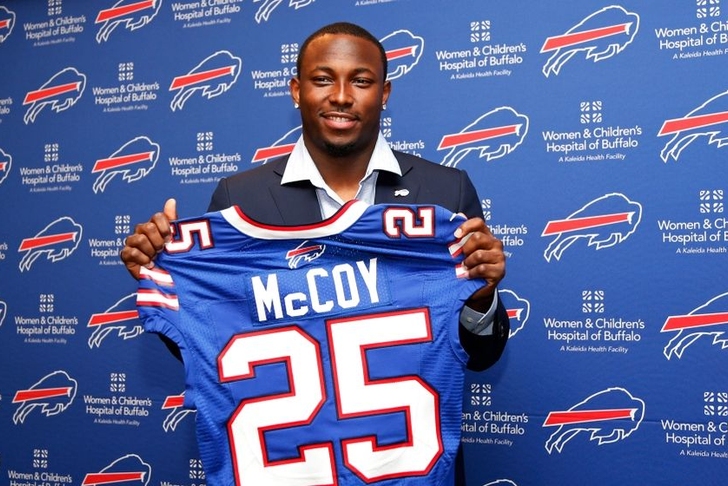 It’s been a topsy-turvy offseason for the Buffalo Bills so far, but that doesn’t mean there isn't anything to be optimistic about when the 2015 NFL regular season gets going just over five months from now. Here are three reasons why Bills fans should be looking forward to the season: Buffalo stunned the NFL world by making a trade for former Eagles running back LeSean McCoy, and they also quietly signed wideout Percy Harvin and tight end Charles Clay. Add those three to speedster Sammy Watkins, and the Bills suddenly have several of the most explosive offensive players in the league. Buffalo still needs to solve their quarterback situation, but if they can get the ball to their playmakers in good positions, the Bills should have a top 10 offense. Despite all of the flashy signings on the offensive side of the ball, Buffalo's biggest offseason move may have been re-signing everyone to keep their top-five defense together. The Bills led the NFL in sacks last year and gave up just 18.1 points per game in 2014, and they should only improve in 2015.

Former head coach Doug Marrone opted out of his contract to try and find another head coaching job in the league, but the Bills upgraded the position by bringing in Ryan. His defensive strategy will only improve a unit that was already one of the best in the league, and his confidence will give Buffalo the edge they've been lacking - which could push them back into the playoffs.