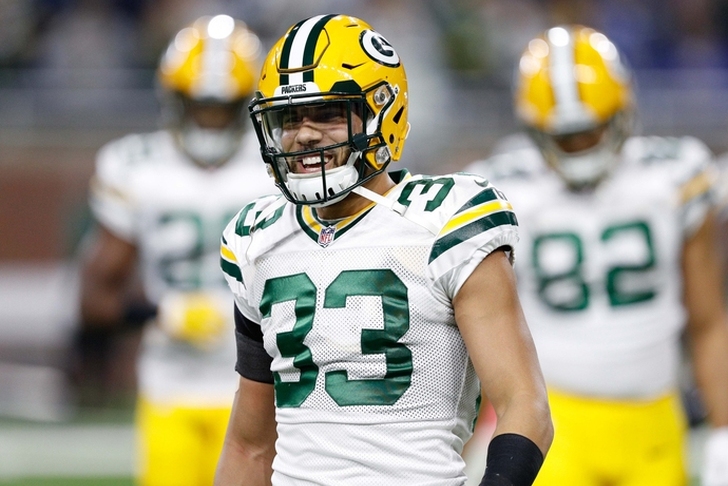 NFL Free Agency isn't over yet, but we're through the first week and over 100 players have signed. Among the teams close to being finished is the Buffalo Bills. The new coaching staff has resulted in some notable moves, namely at wide receiver and in the secondary.

This grades include trades, retirements, signings, re-signings and releases. With that in mind, here's our free agency grade for the Bills.

Taylor was already under contract, but rather than release him as had been rumored, the Bills restructured his contract. That's smart, since Taylor wasn't the problem and the new coaching staff wanted to keep him. The addition of two new fullbacks, even though Tolbert will really just be a big running back, is a indication indiction of the Bills' offensive game plan for next year: It's going to feature plenty of runs. Holmes is a backup WR, but he'll fill the Justin Hunter role. At just 3-years, $6.5 million, it's a good signing with some upside. Ducasse and Mills have some starting experience, although ideally they are backups.

On the defensive side of the ball, Davis should be a rotational piece, if he even makes the roster. Alexander came back and didn't get overpaid. Hyde is the big name addition, coming over from the Packers on a 5-year, $30.5 million deal with $14 million guaranteed. He can play several spots in the secondary, but will likely be a starting safety. It's a good pickup, even if Packers DBs have had issues after leaving in recent years. At just 26 years old, Hyde should be a focal point of the Bills' overhauled secondary. I'm not sure just how good Jordan Poyer is, but it looks like he's going to start. Poyer signed a 4-year, $13 million deal, with $6 million guaranteed. That's potential starter money at safety, but I don't think he played great with the Browns. I'm curious how he fares in Buffalo.

The Bills needed upgrades at wide receiver, so frankly losing Goodwin, Hunter and Woods isn't terrible. Sammy Watkins needs help and the Bills should look to the draft for some more wide out help.

The losses in the secondary are what hurt. Gilmore was a somewhat likely loss, but the releases of Williams and Graham open up two starting spots at safety. Both had problems, but the Bills have only replaced one with Hyde. Robey-Coleman's release was curious, since he was a very good nickel. Sure, he might not be an ideal fit for Sean McDermott's scheme, but it opened up another need.

The Bills' losses in the secondary is what holds this grade back. The wide out departures are nothing to cry over, especially given the contract Robert Woods got. Keeping Tyrod Taylor was the smartest move the Bills made this offseason. But just how much better did the Bills actually get? Hyde is a quality piece, but more help is needed in the secondary. It's a solid free agency so far, but the Bills still have work to do if they're going to make a playoff run. Ideally, the Bills can find a way to bring back LB Zach Brown, but he's drawing plenty of interest.