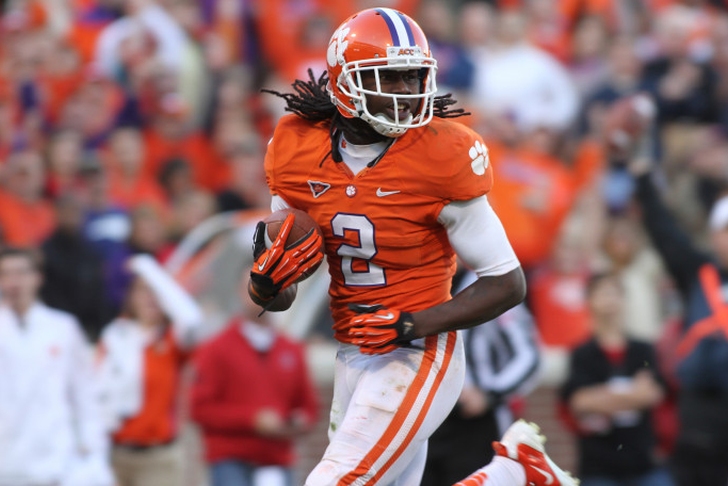 With the fourth overall pick in the 2014 NFL Draft, the Buffalo Bills have selected Sammy Watkins out of Clemson.

In 2011, Sammy Watkins became just the fourth true freshman in NCAA history to be awarded AP First-Team All-American honors. A tumultuous 2012 season which saw Watkins suspended for two games after being charged with two counts of misdemeanor drug possession (charges which were expunged pre-trial) was just a bump in the road for Watkins. In 2013, the Clemson Tigers star wideout posted 101 receptions for 1,464 yards and 12 touchdowns -- erasing any lingering memories of his chaotic 2012 season. He also ran for 339 yards and a score, along with starring the Tigers as a kick and punt returner. Watkins received a 7.3 grade at the NFL Combine, projecting him as a potential Pro Bowl player.

Watkins’ on-the-field speed is breathtaking, translating unmatched speed to the football field which he learned to harness as a state champion track athlete back in high school. Watkins is extremely adept at body control both as a route runner and when leaping for the catch, and uses his natural instincts to elude and accelerate away from defensive backs – easily turning small gains into big plays. Watkins is also an extreme threat in the return game, with the speed and downfield vision to score whenever he has his hands on the ball.

Check out Sammy Watkins'  highlight video for a closer look into what he brings to the Bills: