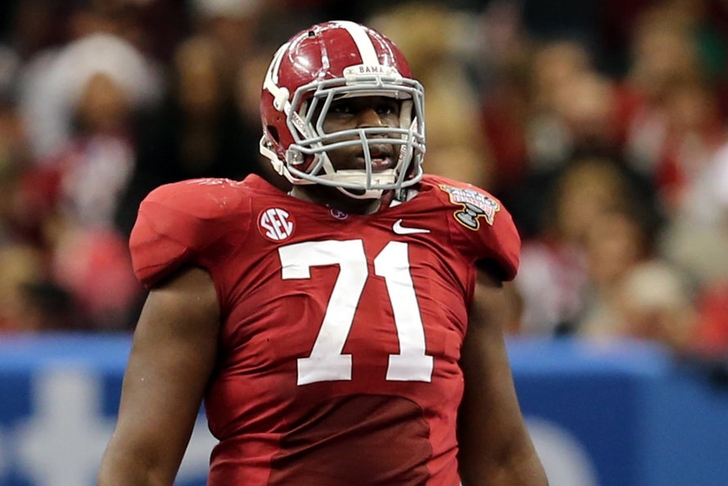 With the 44th overall pick in the 2014 NFL Draft, the Buffalo Bills have selected Cyrus Kouandjio out of Alabama.

Despite being hampered by injuries during his junior season at Alabama in 2012, Kouandjio started all 26 games for the Crimson Tide at left tackle from 2012-13. He posted decent to good outings in several events at the Combine, but his extremely long and strong frame more than makes up for any lack of natural athleticism.

Kouandjio’s size and long arms makes it hard to gain leverage on him on the rush, utilizing his length to push oncoming defenders off the ball and wide of the play. He is exceptional after engaging defenders, using his natural strength to neutralize any athletic advantage displayed by an oncoming pass rusher. He showcases the basic techniques necessary to open up holes in the running game, and has plenty of potential as a 21-year-old rookie.

Check out Cyrus's highlight video for a closer look into what he brings to the Bills:

This Video Will Change The Way You See The Kouandjio Brothers

For all the latest Buffalo Bills draft news, check out our draft page.