WOJ: NO TALKS YET, BUT JAMES HARDEN INTERESTED IN CREATING BROOKLYN SUPERTEAM 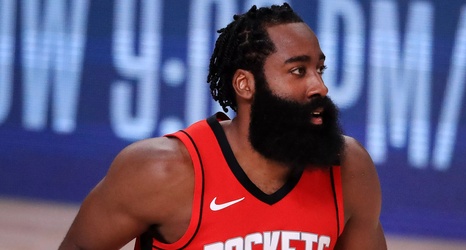 In a series of tweets Sunday afternoon, Adrian Wojnarowski breathed air into the possibility of a “Big Three” featuring Kevin Durant, Kyrie Irving and James Harden. Although Woj reports no trade talks yet, he tweeted that Harden is interested in in the prospect of joining with KD and Kyrie in Brooklyn ... and forming a superteam.

Woj and ESPN colleague Ramona Shelburne later wrote that Durant and Harden have spoken about the possibility.

Sources: The Rockets continue to tell teams that they plan “run it back” with Harden this season.