Woj: James Harden has expressed his commitment to Brooklyn 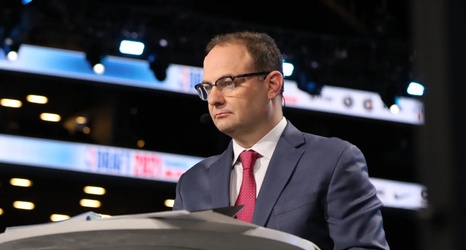 After weeks of reports that James Harden is an off-season target of Philadelphia GM Daryl Morey and that he is unhappy with everything from Kyrie Irving’s vaccine status to the weather in New York, Adrian Wojnarowski of ESPN is offering Nets fans some respite from all the nail biting and worry.

“James Harden has repeatedly told management, ownership, those in the organization that he is committed to be being a Net,” Woj told NBA Countdown. “He wants to win a championship there and more than that the ‘Big Three’ in Brooklyn — Kevin Durant, James Harden, Kyrie Irving — that what they say publicly is what they also say privately: which is when they’re together, they believe they’re unstoppable.