With Blake Griffin signing, Nets closing in on full roster 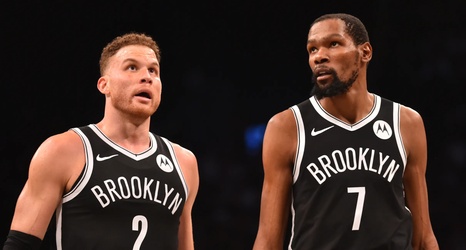 Blake Griffin let it known both during the season and after the playoffs that he liked Brooklyn and liked the Nets. And on Monday, he proved it, re-signing with the team, reportedly for one year at the vets minimum, a little more than $2 million.

The deal had been reported earlier in free agency by Adrian Wojnarowski.

The six-time All-Star and five-time All-NBA selection is already due $29.8 million from his buyout with the Pistons. Whatever he makes from the Nets will be subtracted from the Pistons’ financial commitment to him, what is known as an “offset.