Will the Brooklyn Nets rotate at the point guard position? 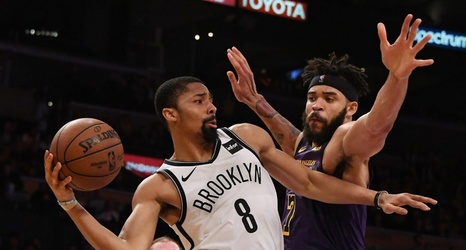 The Brooklyn Nets have had various players at point guard over the years. It’s a position that generally has good depth in Brooklyn. I mean it makes sense. It’s arguably the most critical position on the court.

The point guard is the first line of defense. He directs the offense and sets the tempo of the game. He’s supposed to be an extension of the coach since the coach can’t be on the court directing things at all times.

This year is a little different for the Brooklyn Nets. There are only two players on the roster that naturally play the position — newly acquired member of the Nets Kyrie Irving and the man who recruited him, Spencer Dinwiddie.