While pundits and some fans are intent on moving Ben Simmons, he and Nets are content 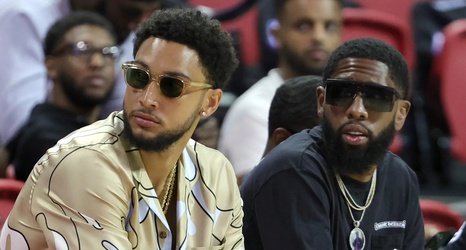 There is no shortage of trade proposals out there that would send Ben Simmons hither and yon, his “designated rookie extension” contract seen by many pundits as an albatross preventing the Nets from being in the mix for Donovan Mitchell or Bam Adebayo or Andrew Wiggins, etc. Each of those three and about a dozen other young stars are on such deals and NBA rules prevent teams from having two on their roster.

So the suggestion is that the Nets find a way to dump the 25-year-old so they can pick up another young star in a deal for Kevin Durant.