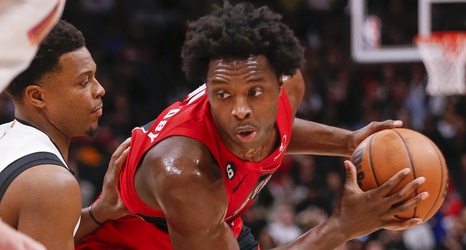 Can we please just pretend like Tuesday night’s loss to the Philadelphia 76ers never happened? The Brooklyn Nets went into Philly - who played without James Harden, Tyrese Maxey and Joel Embiid - and played like the lesser of the two teams.

One night later, they’re in Toronto to take on the Raptors ahead of the Thanksgiving holiday. The Raptors aren’t playing all that much better, but they are 6-1 at home this season and finally getting healthy.

Not sure what to expect in this one, but hopefully we get to at least see a better effort than we saw on Tuesday night.