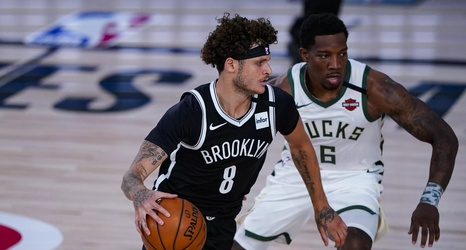 Sean Marks made Tyler Johnson a rich man at 24, so rich in fact that when TJ first saw the contract numbers on the Nets offer sheet — $50 million over four years, he threw up ... twice. The Heat, of course, matched that offer and TJ headed back to Miami rich but as he told NetsDaily later, he wanted to play in Brooklyn.

Fast forward to last June. Out of work after being waived by the Suns in early February, Johnson, now 28, finally got to wear the black-and-while. No big offer sheet, no trips to the bathroom either.