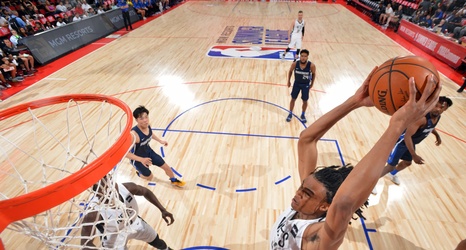 The Nets opened up summer league in Las Vegas with a 96-92 loss to the Mavericks.

Although Brooklyn played a roster of four vets in Jarrett Allen, Rodions Kurucs, Dzanan Musa, Theo Pinson, and two draft picks Nic Claxton and Jaylen Hands, turnovers haunted Brooklyn throughout the night – typical of summer league action where players aren’t yet familiar with each other.

Allen and Pinson were the main culprits. The two mainstays of last year’s Long Island Nets, gave away the ball four and six times, respectively, including one late by Musa that helped Dallas seal the deal.